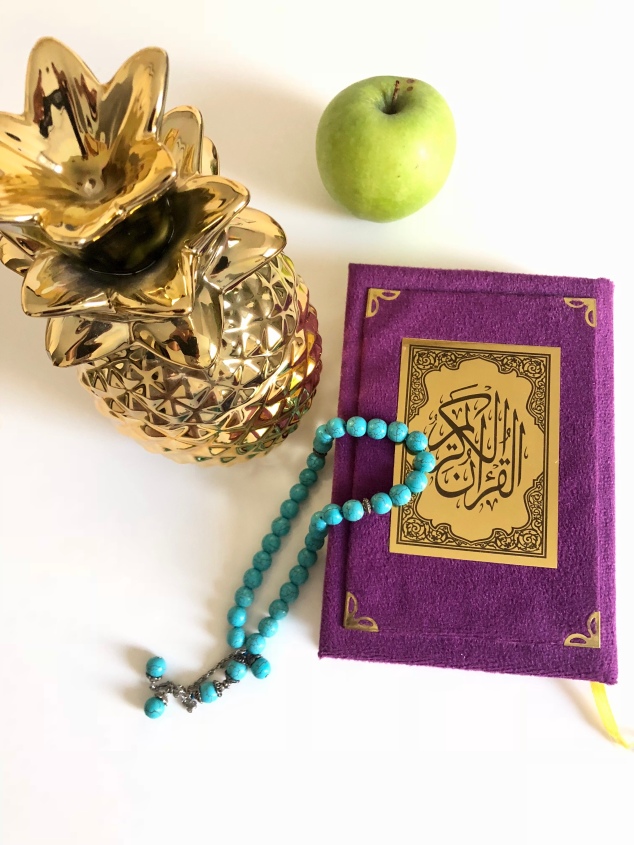 Everyone who lives in a Muslim country must know by now what is Ramadan. What it consists of, what it represents, and what it means to all the Muslims around the world.

The first concept foreigners -Non Muslim- struggle with, is the fact that we go all day with no food and no drinks, from sunrise to sunset. It is hard for them to fathom why would anyone starve themselves, and be thirsty when we live in a country with a million degrees outside. Once they understand -or try to understand- they struggle with point number two: If Ramadan is the month of fasting, then how come it is ALL about food? Here they seem to be stuck, because everyone around them seems to prove their point and no one is free to explain, because hey … Before Maghrib everyone is beat, after Maghrib people are eating like there is no tomorrow.

So after hearing these comments way so many times, I decided to try and give my two cents of the day, here:

First of all, Ramadan is not ONLY about fasting from food, it is fasting from ALL what your body might desire on normal days. Things that can bring you a little farther from where God wants you to be. Things that one’s self might desire more than it should or more than what it needs. So actually Ramadan is NOT about fasting, it is about controlling one’s self. It takes a lot of control to refuse a delicious, rich, and super moist chocolate cake, or a cold refreshing drink in the summer heat. Yet when you do it, you don’t do because you don’t feel like any of these delicious treats, No! You do it because God asked you to.

He also asked us to fast from talking about people behind their backs -He always asked us to do so, but in Ramadan if you don’t do it, your fasting goes down the drain- He asked us as well not to make love, when we are fasting, and to refrain from being lazy, argumentative, or stingy. He asked us to do 100% of all the things we need to do to be on the right path, to be closer to Him.

Some people seem to think that God has created Ramadan, because he wants us to feel what the poor people feel. It seems somehow logical, and a great way to instill compassion and empathy, until you think of those same poor people and how they ALSO fast in Ramadan, just like every other day too. Shouldn’t they be exempt from the whole fasting jazz? Not the case ha! No, fasting was set for everyone equally. Yes, in the process we do feel hungry and thirsty, during the day, and that might make us feel more for the people whose daily lives resembles our fasting days, but not by choice or conviction, just because that is their reality. Ramadan is not about fasting from food and drinks only, it is fasting from all the bad habits, that we might do throughout the year, because we are weak and we can’t resist. So in that one month of Ramadan, we do our best, we work hard, and we practice for the rest of the year, till Ramadan blesses us again with yet another holly appearance.

Now to it being ALL about food, before I start on this one, I would like you to imagine going to bed fairly late at night, knowing that when you wake up, you won’t be able to eat or drink. I want you to think that when you get dressed and get to ready to go to work, there will be no coffee, no eggs benedict, no orange juice and no cigarettes (if you smoke). Then during the day, you are exposed to all the sweet temptations, from an add on TV, to a post about a mouth-watering dish, or just a sweet craving that gets into you.  Then you check your watch and it’s barely 10am, and you still have about 8 more hours of fasting to go. Fasting duration differs from one country to another, in Bahrain for example, we fast about 15hours. 15 long hours, with no food or drinks, while your daily responsibilities don’t change a bit, instead, the lot grows bigger.

It is just natural to CRAVE food when you are fasting, and even more normal to cook what you crave, and enjoy it with family and friends at Iftar time. What is not OK, is to WASTE food. In Ramadan, sharing food is a very big tradition in Arabic countries. So most families cook big amounts of food, BUT they share them with friends, family, people in need and so on. So from now on, let’s normalize the talk about food before and after Iftar, let’s normalize the fact that supermarkets are full and shelves get empty so quickly, you never know if these people donate, share or eat their food themselves. Before judging, put yourself in the fasting people’s shoes, and you will see how normal craving, cooking, and eating food after 15 hours of fasting is.

Another kind of comments that kept creeping into my ears was the following: “Aah these people they fast and drive like crazy… they better not fast” or “if you get angry because you are fasting, then better not to fast” or even “if fasting means being lazy so what’s the point” and while I absolutely understand and I am STRONGLY against driving like crazy (an absolute No No), getting angry randomly, or even being lazy in Ramadan -or any other time as a matter of fact- but first of all we need to keep in mind that fasting is not for the fainthearted! Food is what gives you energy to focus, to work, to be in a good mood and to be “normal”, once you take food out of the equation, you become somewhat like a zombie. Of course still not an excuse, but it’s a situation that requires empathy from the people around, and specially the Non-Muslim ones, who can’t understand what a big of a deal fasting is UNLESS they try it. Instead however, leading by example is a fantastic way to show how it is done.  So instead of complaining about these “bloody crazy fasting Muslims” -doing their own thing, in their own country- I suggest to try fasting, and driving properly, try being in a good mood all day long, while also working hard. This not only will put them at shame, but also will inspire them to do better, and it will be done without the slightest form of complaints, judgment, or resentment, so a win-win situation ;).

So whether you are a Muslim, or not, join me in wishing the Muslim people to get all the strength they need to complete their fast, the way God has asked us to, while being kind, compassionate, and with a smile InshaAllah.